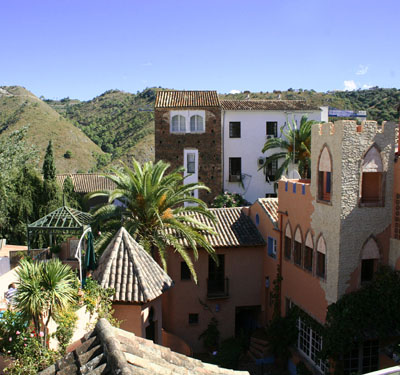 At the end of the 11th century, Benahavis was founded by Arabs. Closely related with Costa del Sol's Arabic past, and particularly with Marbella, the district which it belonged to until it was granted the so-called "Carta Puebla" by Philip II in 1572.

Benahavis is a Spanish mountain village situated between Marbella, Estepona and Ronda, where it is located seven kilometers from the coast, and has remained remarkably unspoiled, with winding narrow streets ill-suited to the motor car. Renowned for its restaurants, it is often called the dining room of the Costa del Sol, having the highest concentration of good quality restaurants in the region together with several traditional spanish bars serving excellent tapas. Benahavis also holds nine of the 60 golf courses in the Costa del Sol.

The town itself is surrounded by natural parkland, and, as such, retains a modicum of its secluded, cosy feel. La Zagaleta, a highly exclusive mansion club which contributes to Benahavis' status as the richest municipality per capita in Andalucía, lies within its boundaries, and overlooks the village.

Benahavis is reached by driving through the rio Guadalmina gorge up into the hills.  If possible, a parking space should be found at the entrance to the village and the tour of its streets undertaken on foot.

This website was built with Webnode
You can also have an impressive website for free!
Try it out